RISK! is a live show and podcast where people tell true stories they never thought they’d dare to share in public, hosted by Kevin Allison of the legendary TV sketch comedy troupe, The State. The award-winning live show happens monthly in New York and Los Angeles and has featured people like Janeane Garofalo, Lisa Lampanelli, Kevin Nealon, Margaret Cho, Marc Maron, Sarah Silverman, Lili Taylor, Rachel Dratch, Andy Borowitz and more, dropping the act and showing a side of themselves we’ve never seen before. The weekly RISK! podcast gets over a million downloads each month. Slate.com called it “jaw-dropping, hysterically funny, and just plain touching.”

What Our Fans Say about RISK! 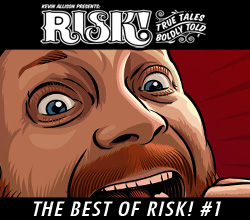 If you’re new to RISK! you can download the free podcast on iTunes, Stitcher, Spotify or anywhere you get podcasts. Or look below for a sampling where you can listen to our BEST OF RISK! episodes and some other favorite stories.

A Few of Our Favorite Stories

A.D Mile’s “The Deuce” from Blindsided

Tracy’s “Transcendent” from Live From Philly!

Giulia Rozzi’s “The Grind” from Obsessions

Chris Ryan’s “Outside the Comfort Zone” from The Sweet Hereafter 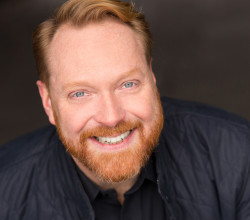 Kevin Allison, creator and host of RISK!, started his comedy career on the legendary sketch series The State on MTV. But in 2009, everything changed. “I was doing a solo show out West, playing characters as usual,” he says. “Afterward, Michael Ian Black [also of The State] said, ‘I kept hoping you’d drop the act and tell some of your own stories.’ I said, ‘Yikes, that just seems so risky…’ But even as I said it, I could feel in my gut that that kind of risk could lead to the best stuff.”

The very next week, Kevin was on stage telling his own stories. “Suddenly, I was looking right into the eyes of audience members. We were reacting to each other, like friends. After the show, people didn’t just say, ‘That was funny,’ they said, ‘Thank you. That really got to me.’ I was finding the meaning in my own experiences and the people listening felt like they’d lived through these things with me. The more I worried I was taking a risk with a story – because it was too emotional, too provocative, or just too nuts – the more the audience lit up.”

In August of 2009, host Kevin and producer Michelle Walson started the live show RISK!, “where people tell true stories they never thought they’d dare to share in public,” at Arlene’s Grocery on the Lower East Side of Manhattan. It was an instant hit. Stories ran the gamut from the sacred to the profane, the hilarious to the horrific – and for the audience, it was a chance to reconnect with the things that make us human. It’s still just about the most cathartic, laugh-out-loud, anything-goes kind of smorgasbord you’re likely to see anywhere. The monthly RISK! live show, winner of an ECNY Award for Best Variety Show, now lives at Caveat in NYC and The Bootleg Theater in LA. RISK! also tours to sold out crowds in the USA, Canada and UK.

The audio podcast of RISK!, also hosted by Kevin Allison, premiered online in October of 2009. The podcast includes not just the best stories from the live shows but also “radio-style” stories and interstitial music and comedy from artists all over the world. Episodes of the show are free and easy to download from iTunes, Spotify and wherever you get podcasts. With new episodes released each Monday and classic stories released each Thursday, the RISK! podcast is the winner of an ECNY Award for Best Podcast, and has been downloaded tens of millions of times.

In 2010 and 2011, Chris Castiglione, Jeff Barr and JC Cassis joined RISK! as producers and co-founders. With the new team in place, the RISK! podcast went from being a bi-monthly podcast to a weekly podcast. Meanwhile, the RISK! live show went bi-coastal with live performances in LA hosted by David Crabb.

In 2011, Kevin, JC and Chris created The Story Studio, at www.thestorystudio.org, a school dedicated to teaching people from all walks of life to turn their most meaningful experiences into powerful self-expression. “Anybody will benefit from this training,” Kevin says. “We always say that, from the bar to the boardroom, a good story told well is what leaves a lasting impression.” New workshops through The Story Studio start each month and corporate workshops can be custom-tailored to a company’s needs.

RISK! is a labor of love, a communal groundswell, and a start-up with one hell of a future in the works. Be a part of it all. Or, as Kevin ends every episode of the podcast saying, “Folks, today’s the day. Take a risk!”

Want to hear about our live shows, podcast episodes and classes? Sign up for our email list below: