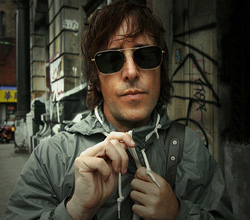 SONG: What’s the Name of This Show? by Jeff Barr

SONG: Have I the Right? by Vampire Weekend

SONG: Are You Ready by Fatty Gets a Stylist

RADIO STORY: I Don’t Know How to Love Him! by Melanie Hamlett

SONG: They Don’t Know How to Love Him! by Gel Sol

SONG: One Nice Thing Once a Day by UltraCat